When You're Stuck Indoors

The story of the Coronavirus lockdown in goats and music. Joseph Bell's hypnotically catchy composition set to a medley of goat pictures.

Beaks To The Grindstone

These two 5 minute animations were produced by Bob Godfrey to be broadcast on Channel 4 in the summer of 1985. In 'Beaks' Falklands residents Pete and Pauline Penguin face down Margaret Thatcher's youth policies. Sally Grace provides the most chilling, (and in my opinion the best ever) voice of Margaret Thatcher. In 'Journalists' Harry Hardnose and Barry Blockhead discover the joys of union membership. The late Bill Wallis puts in a virtuoso performance as a thinly disguised Robert Maxwell. The films were commissioned by Channel 4, who provided 90% of the funding, but despite being completed on time and on budget, they were never broadcast. The reason was entirely political (see below for further details). Never one to bear a grudge, Bob hung a wooden effigy of Thatcher from the top of his studio in Covent Garden. It was a huge honour and enormous fun to work with and learn from him. He died in February 2013, aged 91.

A number of animated films based on Steve Bell's work have been made and broadcast on BBC 1 and 2 and Channel Four:- 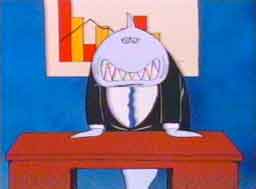 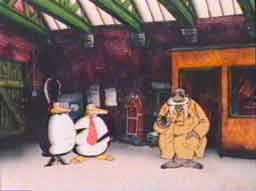 A 15 minute animation for video. The harrowing story of Pete and Pauline, the YTS (Youth Training Scheme) Penguins in which the villains, Mr Great White and Mr Walrus, steal the show. Most of the training jargon they use is authentic.

Two 15 minute animations produced by Bob Godfrey and TURC to be broadcast on Channel 4. In 'Beaks' Pete and Pauline return with radically altered hairstyles to face down Margaret Thatcher's youth unemployment policies. Mr Walrus is now a hi-tech entrepreneur, but his employment practice remains in the stone age. Both films were commissioned by Channel 4, who provided 90% of the funding. The remaining 10% came from the NUJ for 'The Journalist's Tale' and from West Midlands Council, Sheffield City Council, NALGO and the Greater London Council (which was abolished by the Thatcher government in 1987) for 'Beaks to the Grindstone'.

Despite being completed on time and on budget, neither film was actually broadcast. The reason was entirely political. Other than being released on video, the films were only ever shown at the Cambridge Animation Festival in 1985. When questioned during the same festival about their non-broadcast, the then controller of Channel 4, Jeremy Isaacs, said that he did not want a situation where the likes of Ken Livingstone could "buy airtime". Since neither Livingstone, the GLC, nor indeed any of the other sponsors, including Channel 4, had any influence over the script or the final edit, this seemed a little unfair. 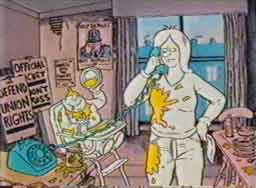 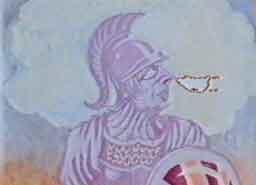 'The Journalist's Tale' sponsored by: Channel 4 and the NUJ (National Union of Journalists 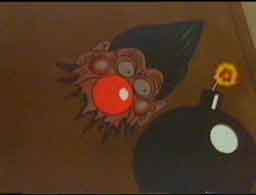 A three minute animation on the US involvement in Nicaragua, produced by Bob Godfrey and Channel 4 for broadcast on the 'Comment' Review of the Year 1987 slot after C4 News. 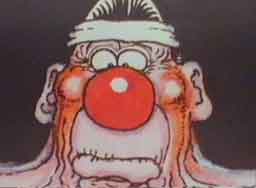 A series of animatics drawn by Steve Bell, written by Stan Hay and produced by the BBC for 'Standing Room Only', broadcast on BBC1.

A series of one minute puppet animations produced by Steve Bell for 'Big Mouth' series, produced by Rapido, broadcast on BBC2.

See it here: http://www.belltoons.co.uk/animations2
A series of five three minute animations produced by Bob Godfrey and Channel 4 and broadcast in the 'Comment' slot after C4 News on the twentieth anniversary of her coming to power.